Housing affordability is tempting some adult children into elder abuse territory, as they look to their parents' retirement savings to alleviate their mortgage stress. 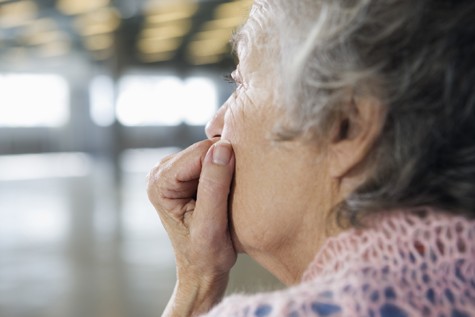 Protecting Seniors Wealth chief executive Anne McGowan said she is regularly contacted by professionals who are concerned their clients may be subject to financial abuse by either family members or other individuals.

One of many recent cases came from an accountant reporting his stepfather was suffering financial abuse from another member of the family.

“What was happening was another member of the family had begun to take the older gentleman in around to all their banks, and this family member was closing all the bank accounts and putting the money into his own companies,” Ms McGowan explained at an SMSF Association event in Sydney this week.

This family member had enlisted the help of a lawyer to set up a number of these companies, she said.

The accountant, through his firm, did a number of searches on these companies, and they started to trace what was happening with the companies and then chase the funds.

“It ended up going to court, it took him a while and he was the one that had to drive it all,” Ms McGowan said.

“The outcome of that court case was that the funds had to be paid back to the older gentleman, and the lawyer’s professional indemnity had to pay all the court costs.”

While the older gentleman hadn’t necessarily lost capacity, the perpetrator had somehow convinced him that it was a good idea, she said.

Verante Financial Planning director Liam Shorte said he has likewise seen adult children of clients come into the firm and state that because their mother or father are only receiving a small return on their term deposit, that perhaps the money in the account should instead be put towards their own mortgage.

“We see situations where someone comes in and says ‘dad or mum are only getting 2.5 per cent on the term deposit, so what we've agreed with dad or mum is that we'll put the money towards our mortgage where it saves us interest but we'll pay mum or dad 3 per cent,” explained Mr Shorte.

“It starts off being all legal, and then six months later some expense comes in and they can't afford to pay mum or dad the money, and they say ‘they don't need the money anyway’. Then we have to raise the point: ‘Well you may not think it, but your siblings probably do’. I've seen that a few times with clients in the past few years. It's disturbing.”

These patterns correlate with increasing levels of mortgage stress on a national scale. Accountants Daily has previously reported clients are increasingly looking to risky tax strategies to boost their repayment capacity.

DFA principal Martin North believes the risk of default for Australians has increased for 2018, with an estimated 54,000 households currently at risk of 30-day debt defaults in the next 12 months.